Making the most of Macao

OAWK » World » Asia » Making the most of Macao 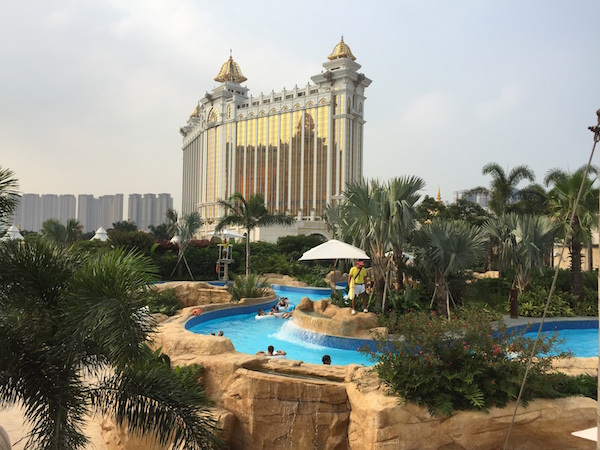 They were expecting to find ‘The Las Vegas of Asia” – all casinos and bright lights. Instead, Macao turned on the charm, delighting JANEECE KELLER and her fellow travellers over two days of family fun, fabulous food and fascinating adventures. Here’s her guide to Macao with kids.

An opportunistic add-on, rather than the star of the show, our Macao visit was planned as a side note to our Hong Kong stay. We were an unlikely gaggle  – two women and four girls (aged 7 to 14) – exploring Macao over two days and, how wrong our initial assumptions were!

I think the best way to describe Macao is that it’s like a well-adjusted love child of ancestral China and colonial Portugal – the flavours, sights and scents were unique, yet somehow familiar and we felt immediately welcome.

It takes only one hour to reach Macao from Hong Kong by TurboJet ferry, and Aussies, like most other nationalities, do not require a visa to stay in Macao for 30 days or less.  It couldn’t have been simpler.

Most of the resorts in Macao have unique family offerings and, even if you’re not an in-house guest, you can still be a part of many of these fun experiences. We based ourselves at Sheraton Macao – an easy decision because that’s where ‘Shrekfast’ is hosted! If you’re travelling with kids and you have the opportunity to have breakfast with characters from Shrek, Kung Fu Panda and Madagascar, you just have to take it! The DreamWorks experience is the largest outside the US, and the cuteness factor at the buffet is taken to a whole new level.  The panda steamed buns were by far the biggest hit with our crew, closely followed by the banana pops.

After a morning out exploring the city and getting a taste of ‘old Macao’, we organised day passes to Galaxy Macau Resort. The kids loved leaving the adults behind for a few hours as they floated along the world’s longest Skytop Aquatic lazy river, screamed their way down the waterslides, and boogie boarded in the world’s largest Skytop Wave Pool. 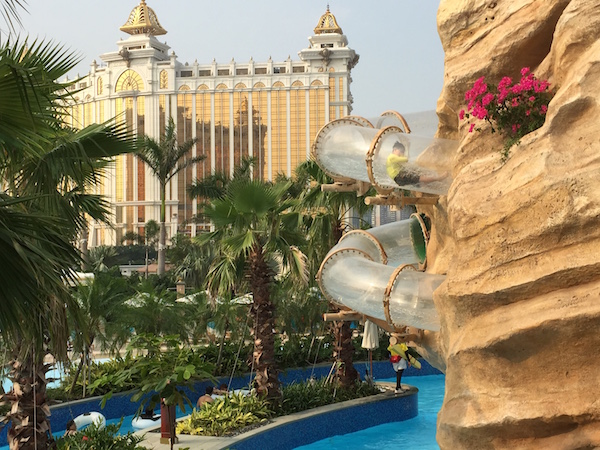 But it’s not the 5-star resorts and hotel glamour that makes Macao a unique family destination.  It’s when you venture away from the glitz and the glam for a local perspective that the peninsula comes alive.

We really wanted to experience old Macao and we decided to explore by pedicab. The kids, riding in their own pedicab, were in Instagram heaven – every shot guaranteed to get them more ‘Likes’ than the last.  As my driver hauled me up the steep, cobblestone streets, I loved the feeling of being transported back in time to when the Macanese hand-painted their street signs in Mediterranean blue with both Chinese and Portuguese writing.

The colonial buildings with their coloured facades are so well maintained that I imagine it won’t be too long before Macao’s old town has the same reputation as Bo-Kap in Cape Town or the Painted Ladies of San Francisco.

Senado Square is the historic heart of Macau and its wave-patterned mosaic paving goes all the way to the Ruins of St Paul’s, Macau’s most famous landmark. Standing on the steps at the façade of the Ruins of St. Paul’s you could be in Europe, until you get a whiff of incense from one of the Taoist offerings that line the adjacent paths. Or until the kids point out that there are a group of men taking their birdcages out for a walk.  “That’s something we’d only see in Asia,” declared the teen.

And while I’m not sure the kids fully appreciated the history as much as the markets and souvenir stalls, they did choose St. Paul’s magnets as a memento of our trip.

Next-door to the Ruins of St Paul’s, an escalator took us into the Museum of Macao, located within the UNESCO World Heritage-listed Monte Fort.  The indoor highlights were definitely the Chinese puppet exhibit and the recreation of old Macao, but the real winner for us was the fortified rooftop terrace with its view of the city, complete with 32 canons and quiet Chinese gardens.

Between our Macanese cultural immersion and fun at the waterpark, we ventured to the 233rd level of the 338m Macau Tower for lunch and a chance to watch daredevils leap off the world’s highest bungy jump.  The kids revelled in one of ‘those’ holiday novelties – dining in the Tower’s revolving restaurant, where it’s a challenge to find your table after each trip to the buffet! 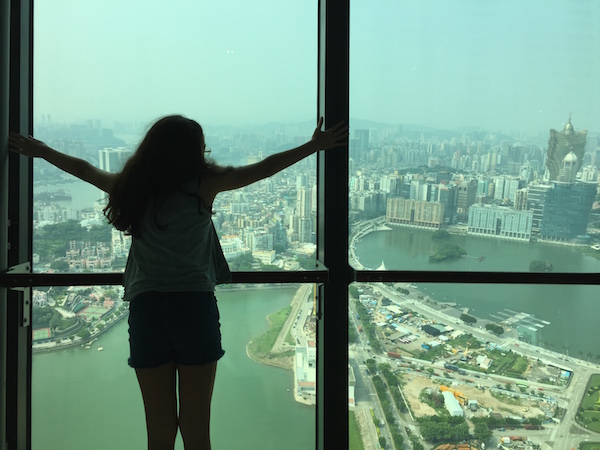 Our second full day was spent on Coloane island, which is connected to the rest of the Macao peninsula by series of causeways and bridges, and is a stark contrast Macao’s main resort area. Wonderfully untouched by the casino craziness because of complex property laws that make it difficult to buy property on the island, we spent a slower-paced day, all about nature, animals and finding some space for the kids to run around. First stop was the Giant Panda Pavilion where we got up close with Macao’s two resident giant pandas. The kids were captivated watching them eat. 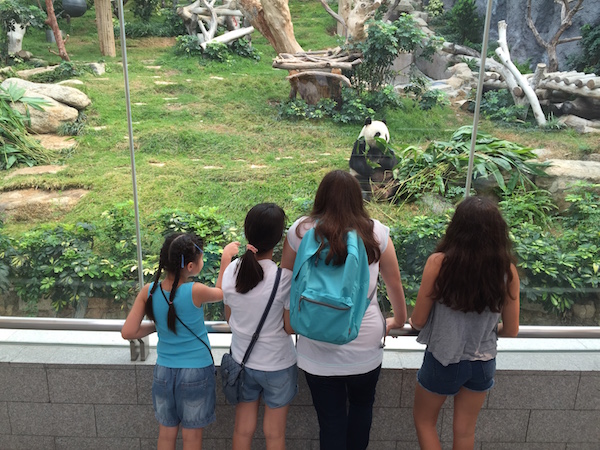 It was on Coloane Island that we also reached the foodie climax of our trip.

Macao is famous for its egg tarts, which are very similar to Portuguese tarts, and one of my favourite treats.  I’d resisted sampling any sweet, pastry and custard deliciousness the previous day because I’d been told that the tarts at Lord Stow’s Bakery on Colonae island were the best.

When we arrived at the bakery there was a queue out the small shop front, which just added to the anticipation.  We ordered a dozen (who can stop at just one?) and they were delivered in a box that wrapped us in wafts of warm custard when we opened it. Not too sweet, the tarts with light with crispy pastry and well worth the wait.

Macanese food is a mix of Chinese cuisine with a Portuguese touch. There’s plenty of seafood – codfish, sardines, crab – and the Portuguese influence is seen in the flavouring (turmeric, cinnamon, chilli and coconut).  For the kids it wasn’t too spicy and the holiday favourite was chicken in a basket… noticeably not like the chicken in a basket you’d get in Australia.

To wrap up our more traditional day, we did what many other Aussies do on holidays. We went to the beach for a walk.  Going to the beach wasn’t something we expected to do in Macao, but on Colonae island there are two delta beaches – Hac-Sa and Cheoc Van – on the Pearl River.

After our 72 hours in Macao we had been active outside, experienced living history and sampled food from corner cafes without giving food safety a second’s thought.  I can honestly say none of that would have happened had we gone to Las Vegas or many other big Asian cities.

And, what’s more, not a single dollar was spent on casino tables! 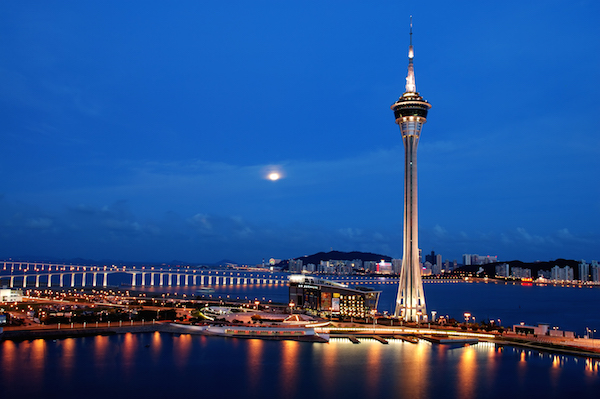 Janeece Keller is founder and CEO of boundround.com, a website where travelling families can search for and book destinations and activities to suit the ages and interests of all the members of their family – including the kids.

14 things to do in Sydney with kids

Whether it’s a staycation or an interstate jaunt, now is a great time to discover our cities, with a Tourism Australia campaign encouraging us to do just that. Here are some of the coolest things to do in Sydney with kids 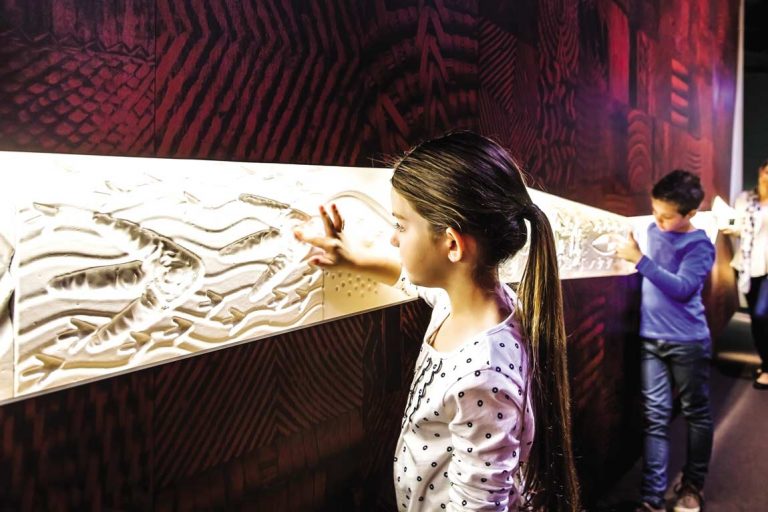 10 things to do in Melbourne with kids

Whether it’s a staycation or an interstate jaunt, now is a great time to discover our cities, with a Tourism Australia campaign encouraging us to do just that. Here are some of the coolest things to do in Melbourne with kids 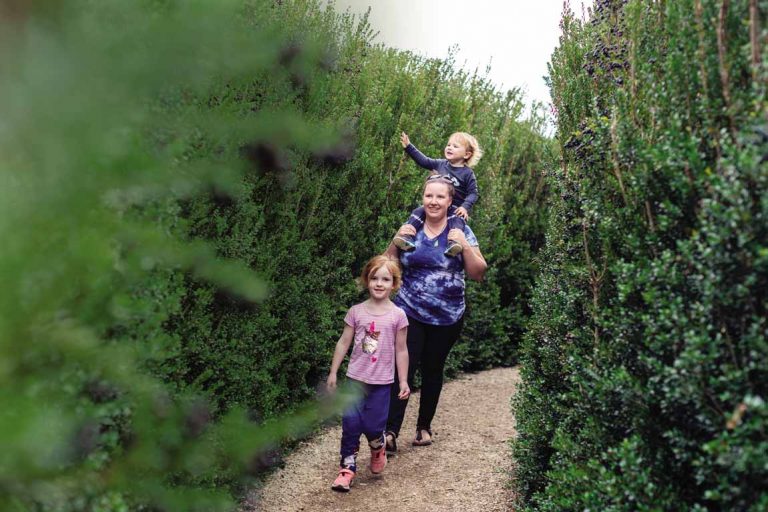 10 things to do in Dunedin with kids

While Queenstown gets all the glory on New Zealand’s South Island, Dunedin also has plenty of family-friendly attractions and experiences. Here are some for your list.

Things to do in Cairns with a toddler

Guide to the Granite Belt with kids