Europe… with a twist

Meet dirtgirl, Bananas in Pyjamas and The Easter Bunny!

The Gold Coast: Fun in Rain, Hail or Shine! 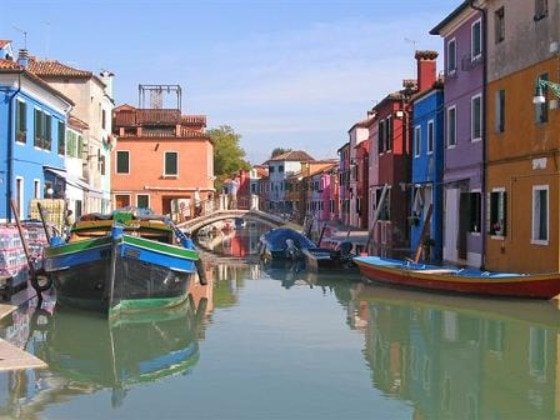 There is so much more to Europe than capital city capers in Rome, Paris and London. Having kids in tow doesn’t mean you can’t discover a Europe of wide open spaces, magnificent natural scenery, historic castles, ancient towns, rural villages, wonderful beaches, fabulous food all just waiting to be explored.

And best of all getting around is easy with remarkably efficient and fast train services, cheap flights, family-friendly coach tours and competitive car rental (if you are brave enough to drive on the right!). Aleney de Winter shares four stories of real European family holidays… with a twist.

We love Paris… but with a bub in tow decided instead to explore a quieter corner of South West France, driving from the beautiful beaches of Biarritz via the windy roads of the pretty, precipitous Pyrenees on to the unspoilt beauty of the Dordogne. Anyone who invests in the myth of the “rude” French obviously hasn’t visited this friendly region. At least, not with a tiny travelling companion who at six months of age proved so popular with the locals it was like travelling with a miniature megastar. 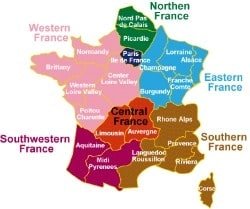 Famed for its 1001 castles, perfectly preserved medieval villages, meandering river and stunning sunflower strewn countryside, it is ideal for families. Accommodation ranges from campsites to castles and food is as costly or as cheap as you want it to be. The Intermarché supermarkets scattered along the highway were a revelation of shelves heaving with what we’d consider luxury items in Australia for peanuts and in the many markets scattered through the region we found regional treats for next to nix.

There is so much on offer for kids with the world heritage listed Lascaux Caves sure to get dinosaur loving imaginations firing; the ancient castles and towns – Sarlat and Domme being two of the postcard prettiest – bringing out their inner knights and princesses; and the picturesque Dordogne River itself a hub for piratical adventure.

Travelling by car had plenty of advantages for us.  Firstly we were unbound by other people’s schedules and could stop when it suited for feeds and breaks to ensure legs were stretched and our little one got plenty of cuddles. The roads were excellent and well sign-posted – even my navigationally challenged hubby found getting around a breeze. Plus, the roads led us to secret little towns and villages many of which became the surprise highlights of our trip.

After searching far and wide for the perfect Italian countryside escape we stumbled upon Casa San Gabriel, three picture perfect stone villas perched on a hillside in the close to Perugia in the heart of beautiful Umbria. But all my research couldn’t have prepared me for the beauty of the truly stunning location and the view from the pool which would have to be rated somewhere in the world’s top ten! Life doesn’t get much better than lazing about looking towards Assisi while our tweens splashed happily in the pool.

The rustic Italian accommodation was just what we were after to truly experience living life in the Umbrian countryside and our hosts were able to provide us with an insight on where to go and what to do in a way that only locals can. 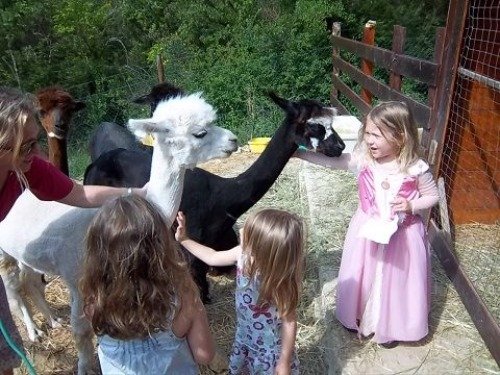 We walked the valley each day, exploring its sites, eating delicious ice cream and local delights, never disappointed. And back at the villas, when they could be torn away from the pool, the kids loved learning to make pizzas in the old wood-fired oven and having the room to run around and play instead of being cramped in a boring hotel room. They also fell in love with the guesthouse’s alpacas and helped bring them in every night.

The resident dog, Cuba, became my running companion when she wasn’t being cuddled to death by my children who followed her around from morning to night! Of an evening we sampled the home produced olive oil and made bruschetta with tomatoes from the garden, washed down with local wine as we chilled out watching the sunset.

The young Australian host family Chrissie, David, Eli, Lucia and Cuba (who restored Casa San Gabriel themselves) did the most amazing job of making us all feel so welcome and made our holiday one we’ll remember forever. Casa San Gabriel, and Umbria in general, is a very special place – so beautiful, so tranquil and so relaxing that we can’t wait to visit again.

Our kids Ryan, 13 and Flynn, 11 wanted to see Europe and though we’d always travelled independently we simply didn’t have the time to invest in arranging everything. Trafalgar were one of a handful of companies that offered a tour designed for families and the only one that offered quad-share, making it the most economical travel option for us.

The European Wonderland Tour took us from Italy to Switzerland and France with many magical stops on the way. The pace was perfect for the kids and everything was tailored to their interests including a night making pizza at a great restaurant in Rome, serenaded by Italian opera singers, and making masks in Venice.

Our view is that a trip is what you make it, so we made an effort to get to know the 36 people on the tour, half of whom were kids (aged six to 17). By day three we’d become like one gigantic extended family and the bus rotation system went out the window as the kids claimed the back of the bus.  All the kids got along so well, we’re still in touch with many.

Though we each had our favourite stops – the Moulin Rouge in Paris, a multi-course dinner in a Tuscan vineyard (complete with dancing and lethal ‘grappa’) and lunch on beautiful Burano Island off Venice – it was tobogganing on Mount Titlis in the Swiss Alps that would be the winner in a family vote. 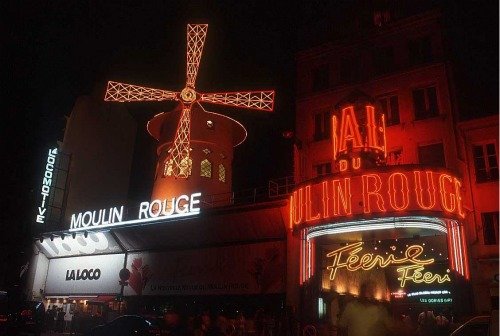 Each place was enhanced by the tour – we’d never have found the vineyard in Tuscany, and couldn’t have enjoyed the wine tasting if we were driving ourselves.  With limited time it was without a doubt the best way to see the ‘big ticket’ sites we wanted to share with our children as we skipped queues and traffic that would have added days to our journey if we’d travelled independently. And the friends the kids made turned this from a good trip into an amazing one.

Whether visiting for a weekend or a month this little pocket of perfection in northern Spain is fabulous for families. There are kids everywhere. Scrabbling around the sculpture dotted along the La Concha beach; splashing about in the ocean or lazing under blue-and-white striped umbrellas with txocholate ice-cream; riding the cable car to Mount Igueldo and its small amusement park with views over the Bay of Biscay; exploring the castle on Mount Urgull; frolicking in the many parks and playgrounds; and strolling with their families along the promenade as the sun goes down. 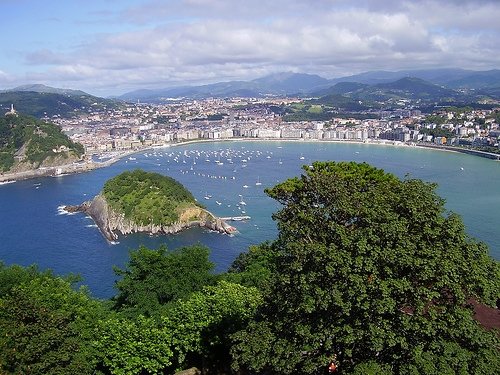 As pretty and engaging as San Sebastián is, it’s for food that it is most renowned and while the undeniable pleasure of that was lost on our unweaned son, it certainly wasn’t lost on us. In fact, I’d challenge anyone to find anywhere that serves less than delicious food.

Mornings bring fresh-baked pastelitos and coffee and there are enough tasty treats on offer at lunchtime to suit even the fussiest of junior palates. And the spectacular cake shops will leave kids (and parents) slack-jawed and drooling. Come dinner time and the late opening restaurants can wreak havoc with antipodean bedtimes but, luckily for us, our tot Raff could sleep anywhere as long as he was tucked safely in his pram. This allowed us to try traditional pinxtos (tapas style gourmet morsels) and even a ten-course dinner at Mugaritz, one of the top rated restaurants in the world, and more than welcoming of soundly sleeping son.

San Sebastián was the scene for many firsts in our son’s life. His first trip to the seaside, his first experience of sand and ocean, his first Michelin starred restaurant; and his first experience of continental Europe and the unwavering attention of its cheek-pinching, baby-loving residents. And he loved every second of it… as did his parents who left completely smitten with this sparkling seaside town. 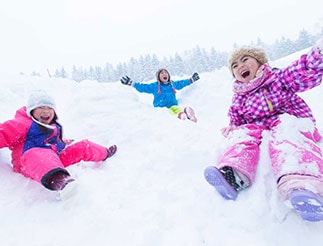 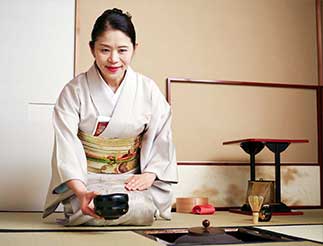 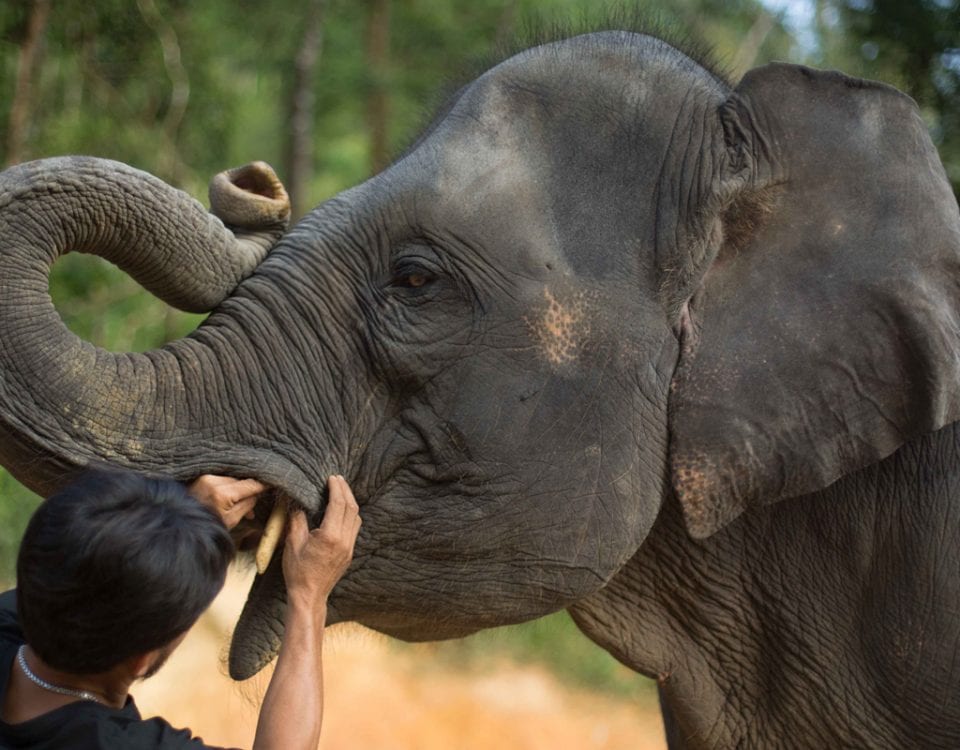