Fabulous outdoor activities for the family in the NT 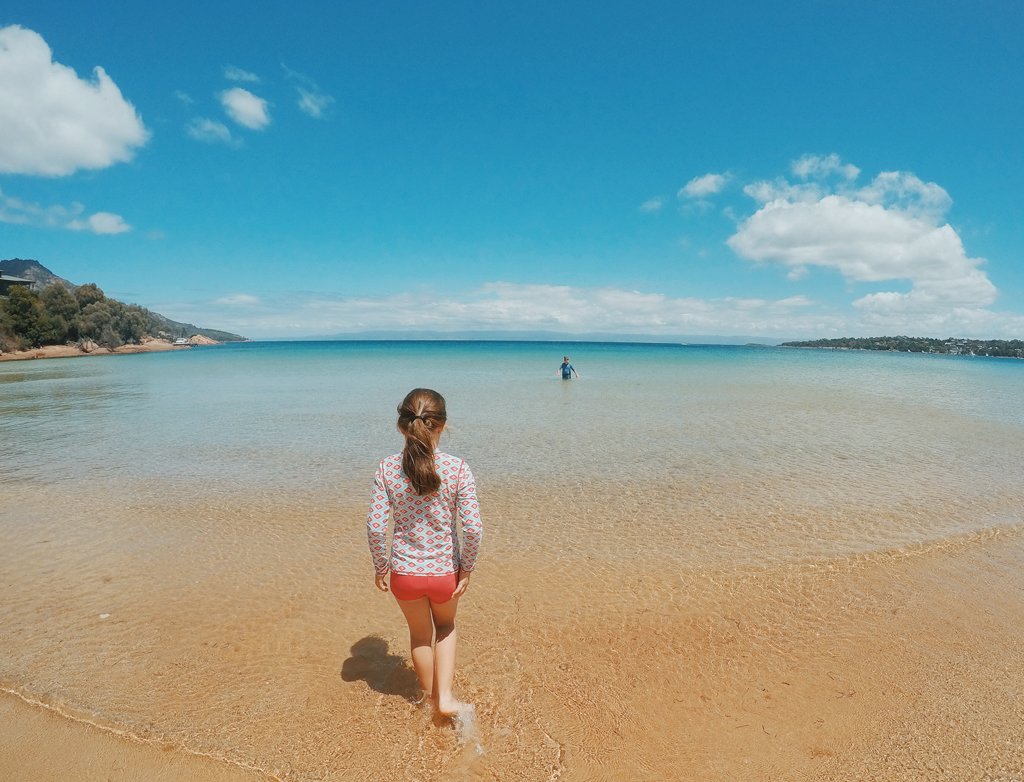 Tasmania boasts some of the most beautiful, untouched wilderness areas in Australia. Coupled with a plethora of amazing wildlife, exploring Tasmania’s great outdoors with kids is certain to be an experience that the whole family will treasure. What’s more, they’re all fairly close to the main cities.

On our most recent trip to Tasmania we integrated outside adventures into each day of our trip. With such a diversity of things to see, I don’t think there was a single day where the kids were not excited about what would unfold each day. 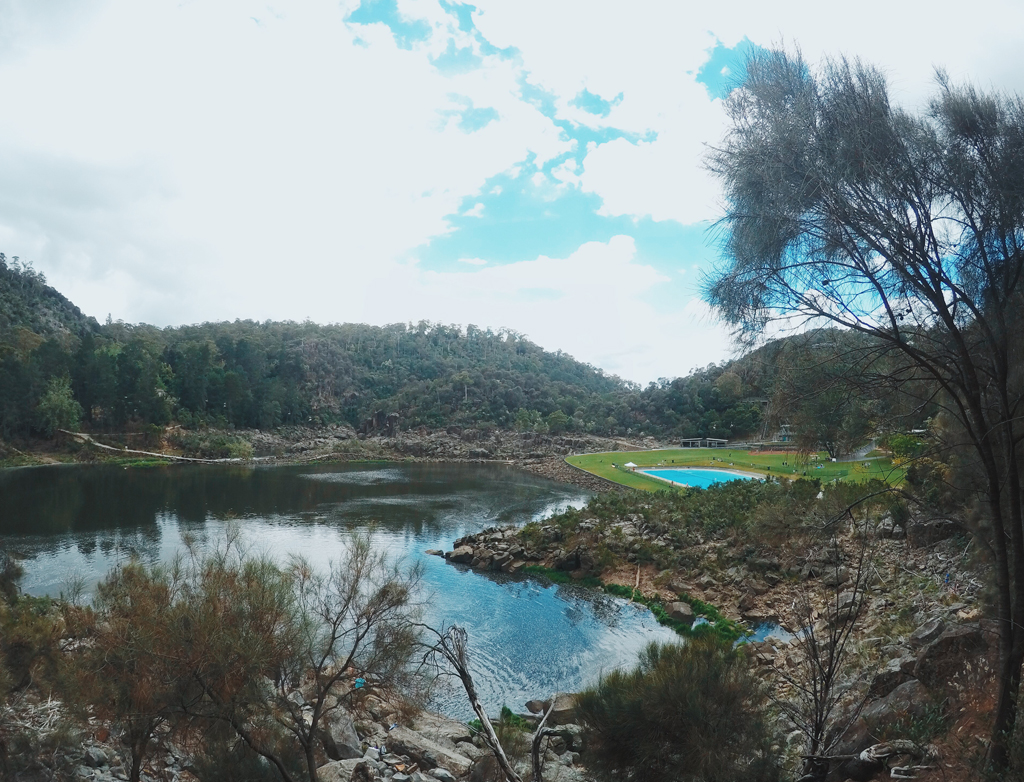 At under two kilometres from central Launceston, Cataract Gorge features spectacular views as well as the world’s longest single-span chairlift. Walking around each basin of water is quite breathtaking and you’re almost certain to see a wallaby or two.

There are a number of walks into the gorge, and the “Cataract Walk” which follows the Gorge along its northern cliffs is the easiest for families with young children.

We spent half a day exploring Cataract Gorge by foot before hopping on a Tamar River Cruise to catch a different perspective of the gorge. The Tamar River is Australia’s longest navigable estuarine river and the cruise provides an opportunity to view the rich diversity of life along its shores. As we cruised into Cataract Gorge we caught sight of a seal sunbathing on the rocks!

If you’re heading to Cataract Gorge on your Tassie trip don’t forget to pack your swimmers so you can take advantage of the free swimming pool. 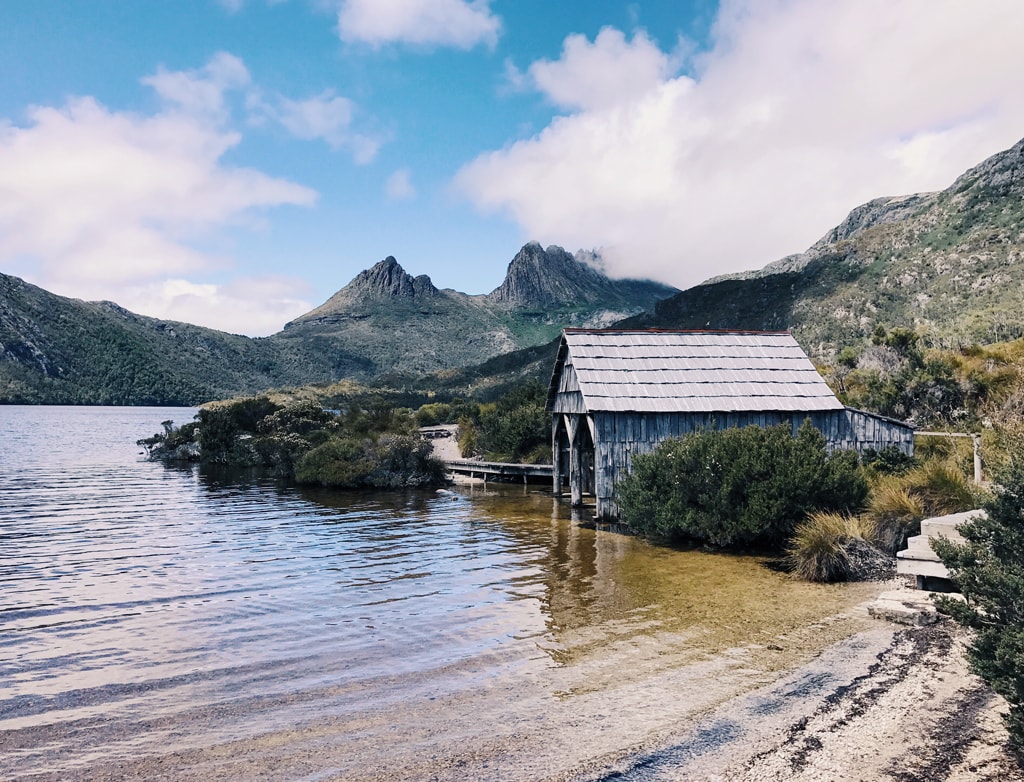 Cradle Mountain can be found in Lake St Clair National Park and takes around 2.5 hours to reach from Launceston. Arriving early will ensure you miss the crowds and can easily find a spot on the shuttle buses that take visitors up from the information centre at regular intervals. (We based ourselves in Deloraine the night before, but there are many options close to the National Park).

Whilst Australia’s premier alpine walk, the Overland Track may be a little beyond what the average family traveller is happy to add to their itinerary (it’s at least 65km in length), the Dove Lake circuit is a lazier 5.7 km and takes around 2 hours. If you think thats still a little too far for the kids,  you could walk to the boat house which is around 500m from the shuttle bus drop off.

Stanley is a little town on the North-West coast of Tasmania. It is a captivating spot which is often said to be on the edge of the world. While it has quite a historic little township it is best known for The Nut – the remnants of an ancient volvanic plug which is now a sheer-sided bluff. Whilst we didn’t make it here on this trip, we will be visiting when we next explore Tasmania. 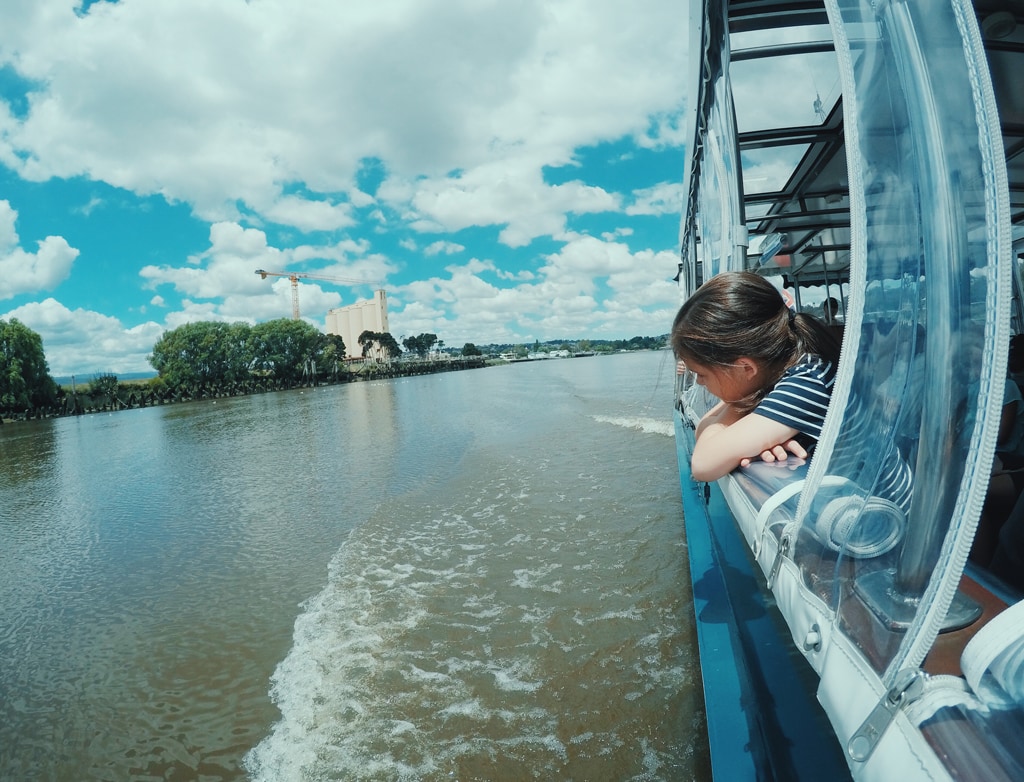 You’ve seen the images of Wineglass Bay and now want to experience it for yourself? Be prepared for a big walk. The lookout takes around 1.5 hours and is a steep uphill climb with rough bush steps with hazardous cliffs. While we love a good hike, we had driven from Launceston and decided to enjoy a few of the beaches around Coles Bay instead.

We spent a few hours exploring Honeymoon Bay and Coles Bay to the delight of the kids who loved spotting fish in the clear water, gathering shells and frolicking in the amazing turquoise waters.

Situated on the northeastern coast of Tasmania, the Bay of Fires is a 50 km stretch of coastline renowned for the boulders covered with orange lichen which almost glow in contrast to the white sandy beach that surrounds them.

The kids will love the clear turquoise water where they may spot sea dragons. 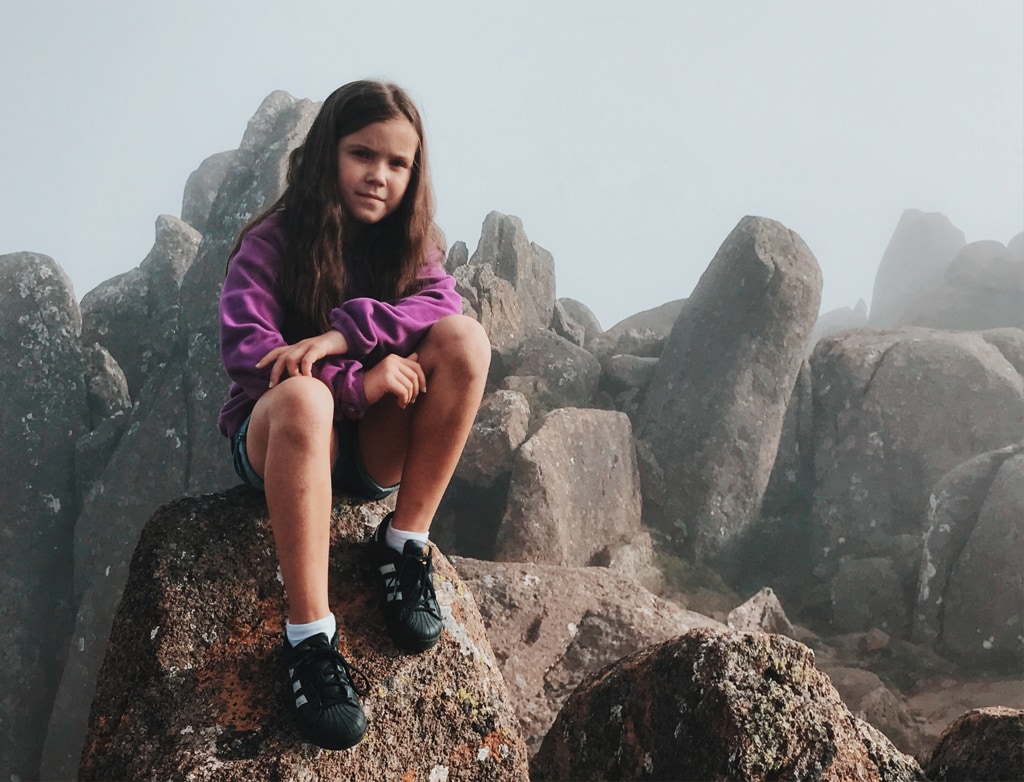 Towering over Hobart, Mount Wellington or Kunanyi, as it’s known to the indigenous people of Tasmania, is one of the biggest tourist destinations in the area. Often with a sprinkling of snow, it provides the best natural view over the city and beyond.

Visitors can drive all the way to the summit where there is a platform that provides a safe vantage point for families to view the city. The most amazing sight is the organ pipes, a cliff of dolerite columns. 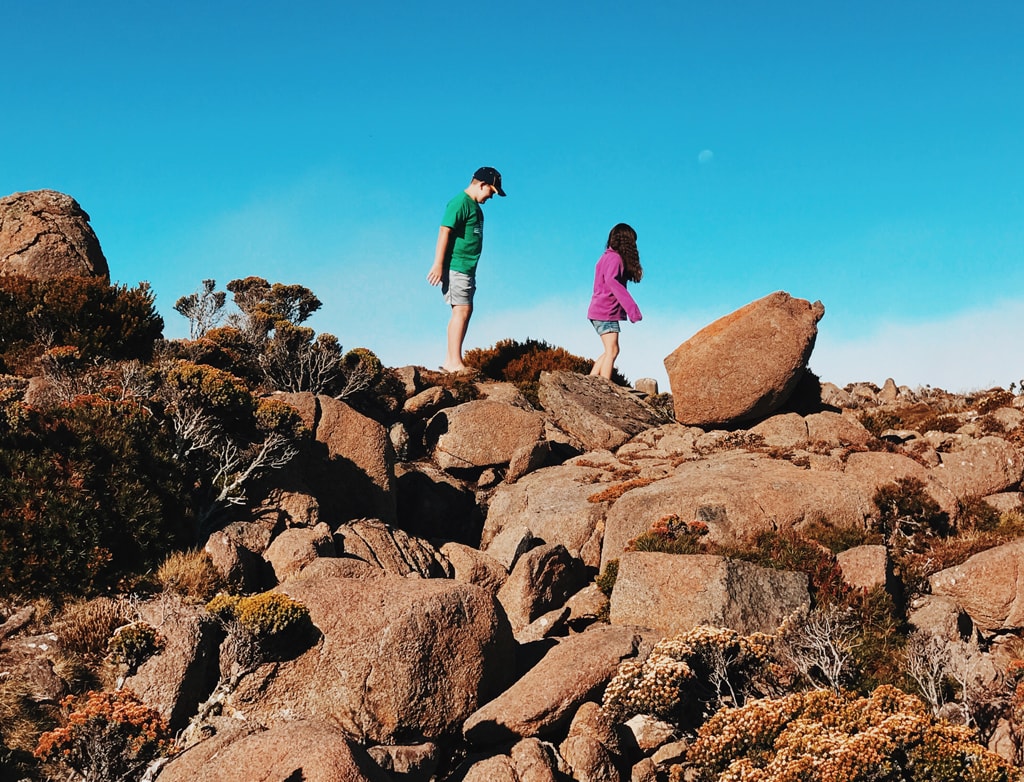 Plan your visit carefully. We didn’t check the forecast before we ascended the mountain and lost our view when low clouds covered the mountain (but we did get to taste them!).

If you are heading to Port Arthur Convict Settlement to explore the heritage site, make sure you take a short detour to the Tessellated Pavement. You only need to park the car and take a short walk before encountering this geological marvel.

Even with small children, navigating the stairs down to the Tessellated Pavement shouldn’t be too difficult.

Standing on the actual rocks will provide you with the best view of the site and the kids will love finding crabs between the crevices. 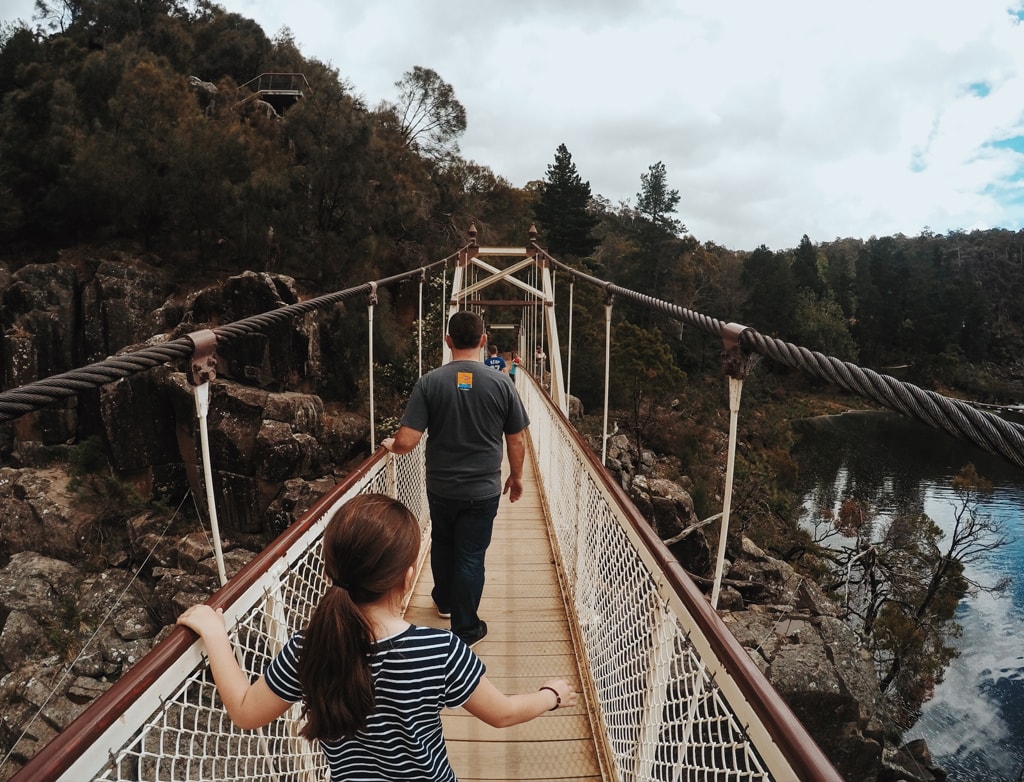 Tasmania has some very large caves across the state including Hastings Cave and Mole Creek Caves. We have visited quite a few caves across the years as a family and have learned that no two caves are exactly the same.

Mole Creek is home to the incredible Marakoopa and King Solomons Caves. Here you will find the largest glow worm display in all of Austalia as well as underground rivers and reflection pools. It’s truly incredible.

Hastings Cave, which is in Southern Tasmania, was the first cave we ever visited. Along with being the largest developed cave in Australia, it is also one of the rarest having being formed by a single dolomite.

Rising 300m from the ocean. Cape Pillar is an extraordinary site offering a breathtaking coastal Dolerite sight – the highest vertical sea cliffs in the Southern Hemisphere. While they can be viewed from the blade and chasm lookouts, these take a few days walk. If travelling with kids, I suggest looking into the Tasman Island Cruises which sails there regularly. You are also likely to spot a albatross, dolphins and seals along the way. 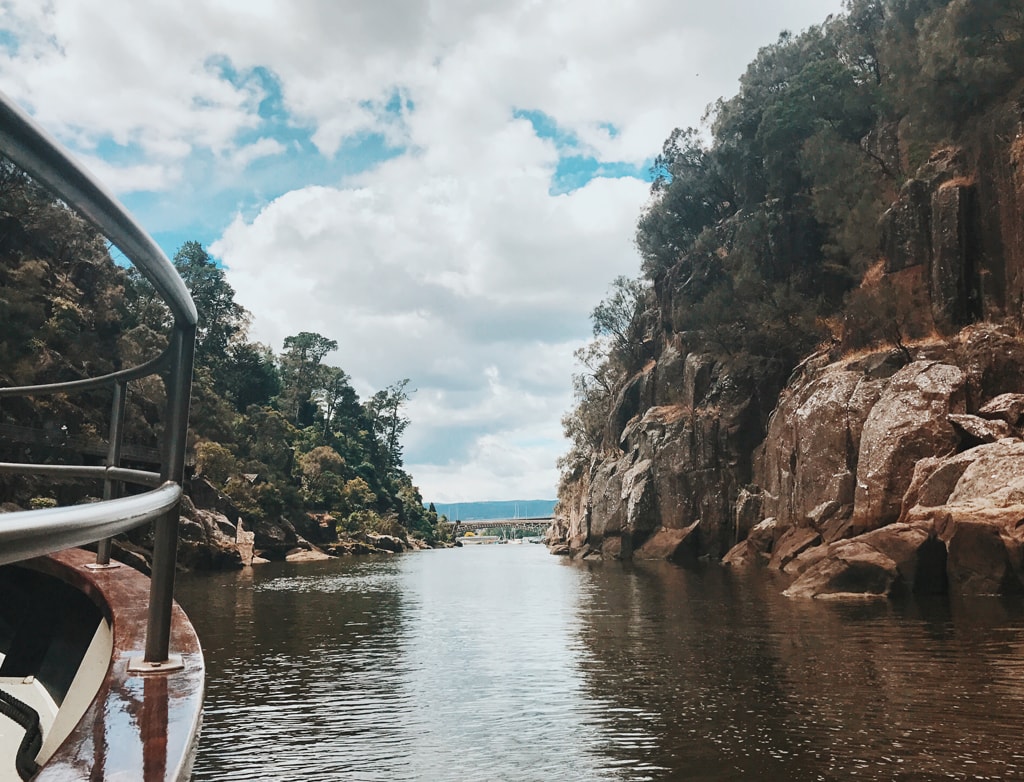 This is just a small snap shot of what you can experience in the great outdoors of Tasmania. Where will you start?

You’ll typically find Leah off on an adventure with her family or dreaming up the next great exploration. As an educator by day, Leah has worked out how to juggle her passion for family, education, and travel which she documents on The Kid Bucket List https://kidbucketlist.com.au. Based in Sydney, Leah co-founded Facebook group Sydney with Kids as a useful resource for local families looking for adventure. 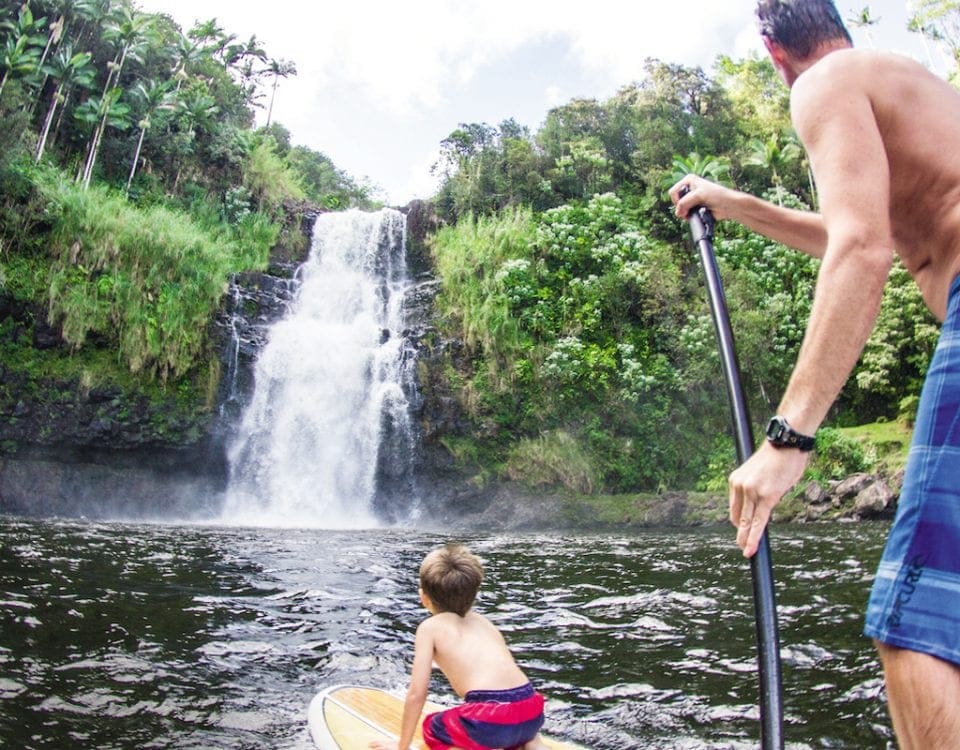 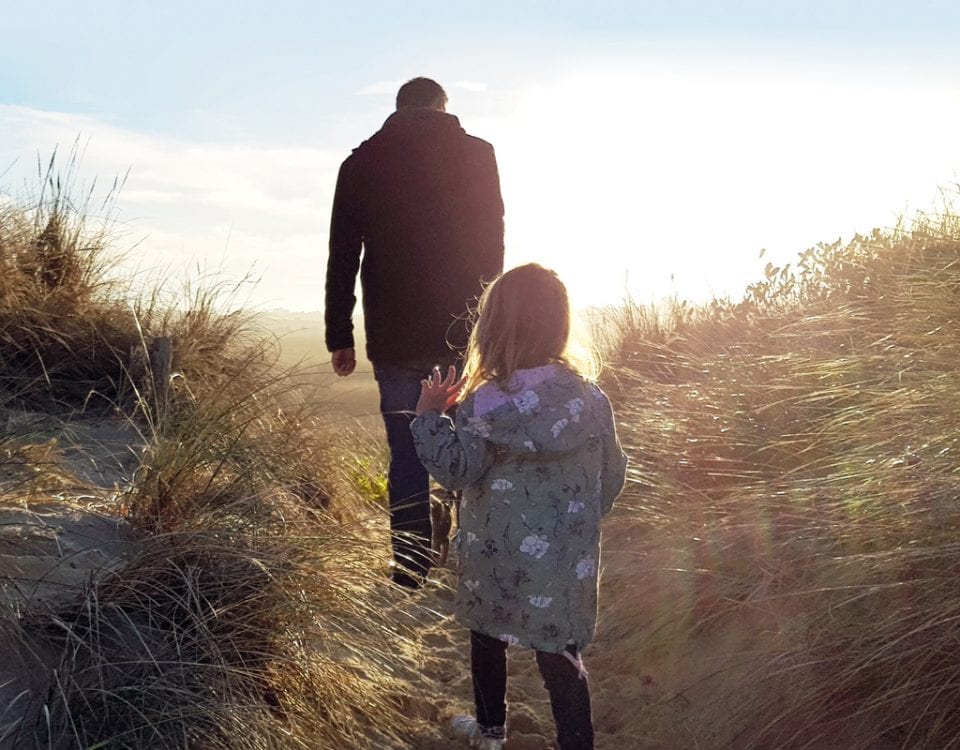 A girl exploring with her dad at Seaspray. Photo: Tori Green