52+ Ideas to Entertain the Kids in Port Macquarie

Debra Solomon has the lowdown on some great fun and why kids will never be bored in Jordan!

Whenever I am about to launch my children into a new country, we get into cultural bootcamp. Before the trip to Singapore, the kids endured hours of currency exchange practice in readiness for a pocket money spending spree at the markets. Before France, they learned to call for help in French inspired by a nasty incident involving Grandpa’s trip to Paris and one very cranky poodle.

If you plan a trip to Jordan, pre-training will be nothing but fun for the children. Acquiring expertise in mud fights, hide and seek, toe nail polishing and fairy floss munching should just about do it. And be sure they watch reruns of Fred Flintstone cartoons, Transformers: Revenge of the Fallen, Lawrence of Arabia and Indiana Jones and The Last Crusade.

Here’s mud in your eye: the Dead Sea

From the capital of Amman, there are three good highways heading south to adventure. The legendary Dead Sea is a one-hour drive along the King’s Highway. It’s the perfect place for children to reclaim their self-respect if they didn’t quite cut it at the last school swimming carnival. Here, you don’t have to swim a stroke to float around with the best of them. It’s like being a full balloon someone is trying to push under the water, but you keep bobbing up. Be sure the children keep their faces dry though, or the lifeguard might have to give them a thorough rinsing. Apart from having a very cool name, the Dead Sea is the also world’s best place to stage a full-on mud fight. Dredged from the sea bed, the mud is mineral-packed and incredibly gooey: just the thing to dollop all over your body – and not just your own body. Let the kids go wild with a waterproof camera and their imaginations, but stay long enough to watch the dramatic sunset. At 400m below sea level the Dead Sea is lowest place on the planet, so your kids will be one of the last people on earth to see the sun go down that day. With a name like the Dead Sea, that’s serious show and tell material.

Another hour’s drive and a moonscape south, the road snakes down into the beige, dusty mountains when suddenly the most extraordinary scene appears: a cluster of eucalypts, oleanders and acacias. Is it a mirage? No, it’s Hammamat Ma’In Springs – a valley of natural hot waterfalls gushing out the cliffs into pools along the Zarqa River. The falls erupt at about 45 degrees Celsius, but are a scrumptiously playful temperature by the time they reach the pools. Children have just as much fun here today as the children of the ancient Romans did about 2000 years ago. Two falls are open to the public, and two are inside the only digs around: a luxurious spa hotel where hidden treats await the whole family.

Juniors here have a whole spa menu for themselves, starting with a pedicure and nail polish for about $25. Therapists can demonstrate how to soothe your kids’ sore tootsies, and more importantly, teach them how to soothe yours.

Buffed and chilled, guests can take the two-minute walk down the hill to the movies. Fred Flintstone-style, the outdoor cinema with pebble surround, dramatic cliff backdrop, deck lounges and popcorn screens three times a week. A viewing of Indiana Jones and the Last Crusade will prepare the children’s for tomorrow’s surprise.

Petra and the last crusade

Another hour south, the UNESCO World Heritage site of Petra is a must-see. A town hidden inside a gorge, the Nabataean people lived here from about 600BC until the Greeks took over. Then came the Romans and so on, until eventually the place lay abandoned until 1812 when it was rediscovered by a passing German. It holds over 500 caves and well-preserved architecture such as an amphitheatre and myriad tombs.

Indiana Jones and The Last Crusade was filmed at The Treasury building in 1988. Not really a treasury but a massive 2000-year-old tomb, marvel at the massive rock carving from the nearby kiosk – a great place to refuel. Some people take a few days to cover the wonders of Petra, and although the entry fee is about $90 per adult, it allows multiple entries on the same day. Great for relaying tired children in and out to the quality hotels clustered at the site entrance. Animals of various kinds ferry weary visitors to and from various sections of the site; let’s just say the donkey would not be my first choice of transport for a little passenger. Accommodation costs can reduce the entry price to Petra, and if you do stay in town, book in to the local restaurants that run cooking classes.

While little Bedouin of the plains play pebble and sand games, their peers in the Shara Mountains love to hide in the ravines and caves of the honeycomb landscape. When you see the scale of the place, you might want to keep a close eye on your own little adventurers. Leave the car at the visitors’ centre and stay overnight in one of 15 campsites in the Wadi Rum area. You will be taken via a tent where you are served delicious, sweet mint tea. In return, you can pick up a checked Bedouin headdress (kaffiyeh) for about $8 to get into the spirit of the place. Arrive in time to take a sunset camel ride, before returning to the camp to a zarb feast (roast meat and vegetables cooked in the ground) and live music played on a rababa (a one-stringed mandolin). On chilly nights enjoy the campfire, but be prepared as nights in the desert can be icy. Since you can’t buy alcohol onsite, this a very family-friendly experience. Tuck your little ones in to the comfortable bed of a traditional goat hair tent and regale them with the story of Lawrence of Arabia who helped free this very area from Turkish rule in 1912. Not interested in history and Lawrence? Oh all right then; Transformers: Revenge of the Fallen really was filmed here!

Across the land you’ll see vendors selling fairy floss (pahsmak), especially on the traditional family day off – Friday. You’ll see family groups having barbecues, visiting theme parks, taking donkey rides or exploring an ancient castle. Waves Water Park in Amman is a large, eco-friendly, family fun park with plenty of shade, wave pools, river rides, slides and food outlets. A 45-minute drive away is Jerash Castle holding gladiator and chariot races daily. Jordan has a strong equestrian history, so if yours is a horse-riding family, there are plenty of stables in town to take a trail ride. Or take a few days to travel segments of the ancient spice, silk, and frankincense routes that pass through the Eastern Desert with stopovers at Islamic desert castles dating back from the 7th century.

April and October have moderate temperatures and little rainfall

Fly via Bangkok with QANTAS (9 hours), then Royal Jordanian Airlines to Amman (9 hours)

The currency is the Jordanian Dinar (JOD)

Independent travel by hire car is safe and relatively easy, with good roads and major road signs in English

The national language is Arabic. About 90 per cent of Jordanians are literate, and many speak English influenced in part by the current king’s mother who is British. Locals are friendly and helpful 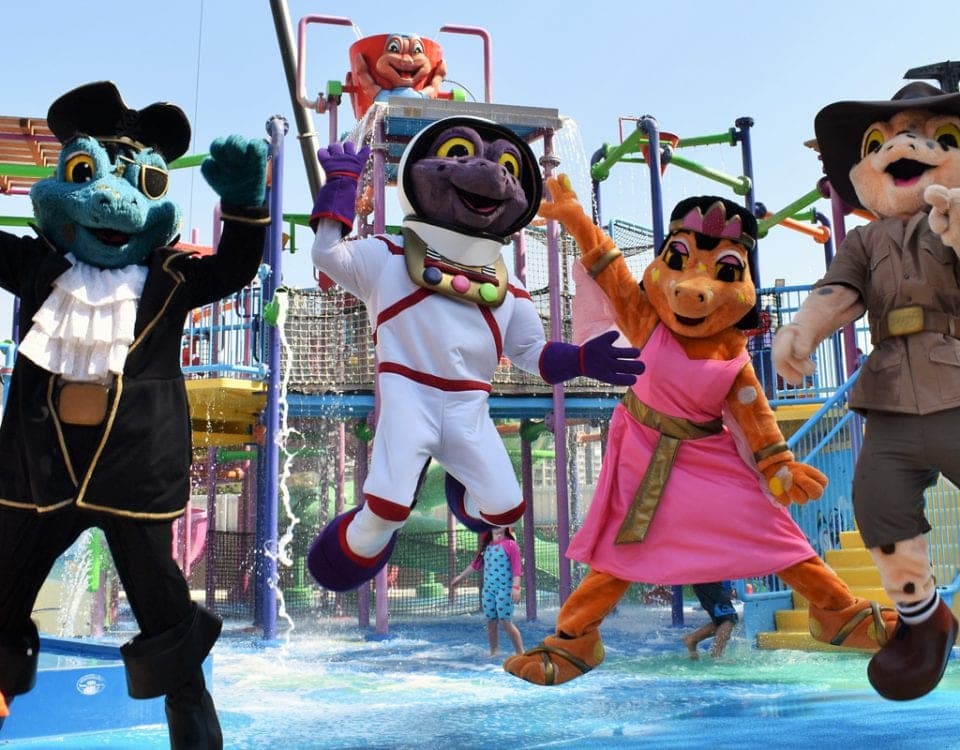 8 Reasons to Stay in Paradise 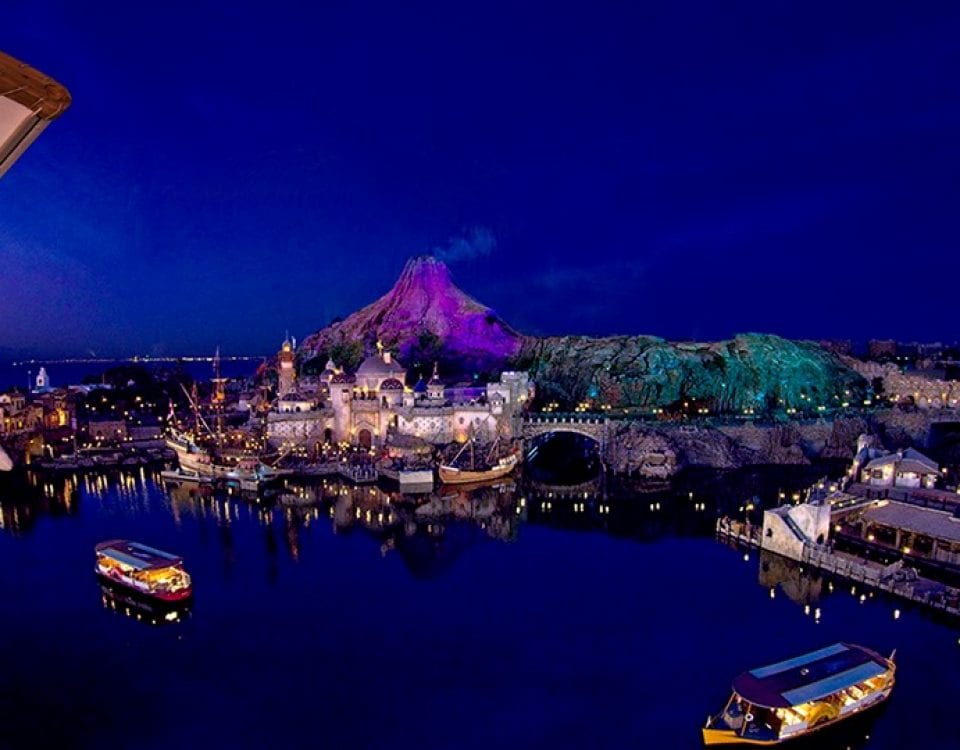